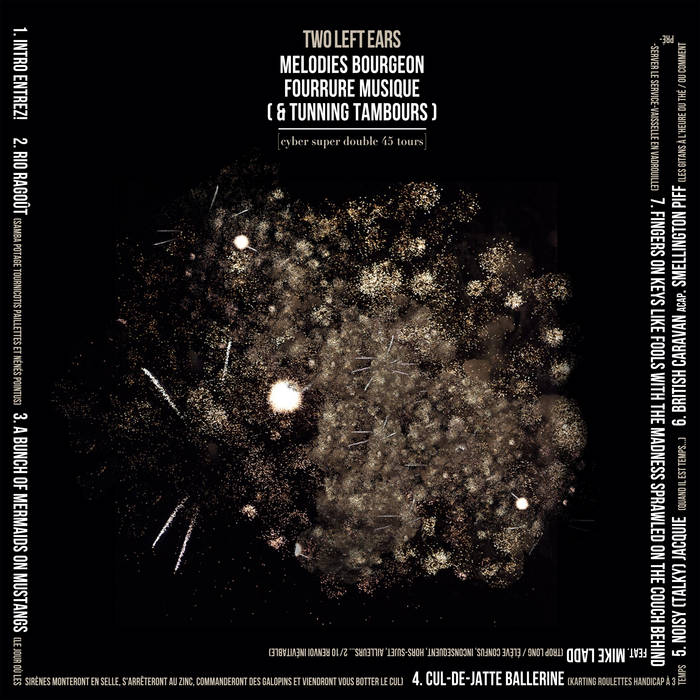 FINGERS ON KEYS, BOUNCING LIKE FOOLS
WITH THE MADNESS SPRAWLED ON THE COUCH BEHIND.

Got the hands with the bouncing craze of two lone just-met daddy-long-legs
And the picture appears, while hitting hard black and white innocent keys that beg
Those inflated peasant paws I watched 9 years ago before i quit the fields, the kegs, the dregs
Snatching nettles lands in the cold, barehanded, spine curved ! Bowlegs ! Nutmeg !
They now kick and snare harmonies, had forgot december harvests in the ground, the trees

Salads, tomatoes, potatoes...SHIT! I won't tell stories of païsanos
I handle Time, doing like a kitty with a snow globe, I do L.F.O's marry-go-round and paint a glory robe
My bear fingers now got back to pinkies, i slide them in the row chief's holy hole

No way sitting on a crate or kneeling on the ground, this stony red front welcoming as an elkhound
Wanted the ass of every workers smiling to the zenith, spine arched, wrists in the ground
His glory of the day was the scenery of these eighteen hobos potatoes head-seekers
Pettiness & trickery, his finest art...to plow others, keep them from springing, to keep huskers
« Keep hands Teach fingers how to repeat the same the same the same..."
« Accept your condition ! look at those frozen on the ground planes... Wave at Janes !... let your dream wanes !... »
But with a tiny remaining spark i launched a fire and took the risks, the scars, the marks
T'was the pyre of others realities inside me, i knew the rules : hunger, ruin, freedom, broken loves

Hundreds of watts and bulbs hanging like pears, with no hope of falling, sizzling in unison
Concrete and bricks standing in organisation, giant green machines paced for invasion
A dull and greasy sound stream absorbs the air like a mechanical seashore, a building trade funfair
The paper came down from the conveyor belts in battered batches handed out by mad croupiers
Came straight in my head : « What should be done? » but my hands at an unsuspected speed, knew it, did it.
It tamped, tamped, uniformized a bundle and placed two elastics to freeze it
I wondered which day was it ? and I fucking did not know which day it was...
Was it today, yesterday or tomorrow ? How many weeks had they been bending for paper rows?

I freaked out, looked at my fingers, nothing had changed, packages, pages, shapes, numbers, pacing pacing
No delay, discrepancy, disorder, I panicked all the more, and keep on looking for stammers
The machine laying down like restless dinosaur hadn't stopped for 8 hours of ravenous devotion
My movements enraged, measured, accurates had no strength left to doubt situation
This continuous flow i thought is The New God, no matter what it tells, it spreads, spreads, spreads
No need of churches, temples, mosques...just malls...the Giants spit paper ads and shit cheap idols
And then the big Green crushed in a hiccup, some sheets got stuck, some others flew up
«Stamped down ! Stamped down !» the row chief said « Careful ! Big Boss in the lane...ya wanna be paid ?»

Bandcamp Daily  your guide to the world of Bandcamp